Top 10: The Strongest Bite in the Animal Kingdom

What do White Spots on Your Teeth Mean? 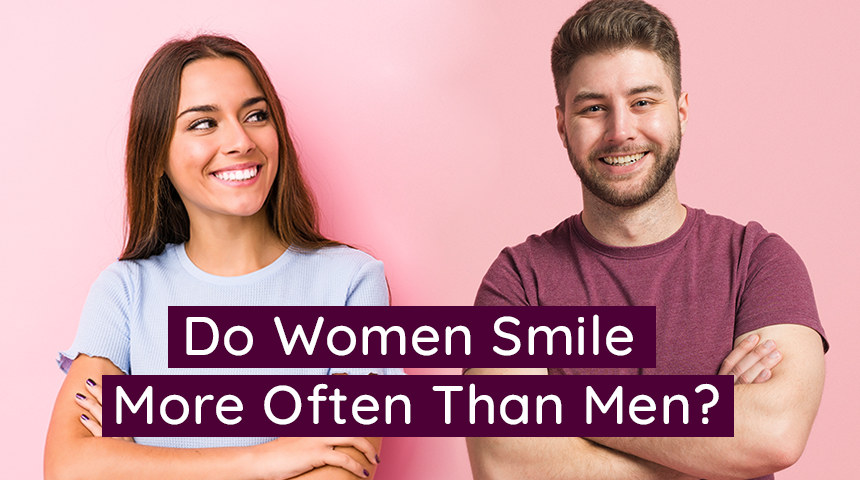 Studies show that women smile more often than men, maybe this doesn’t come as a surprise, but a Yale Research shows that the average woman smiles 62 times per day, and the average man smiles only 8.

Why do women smile more than Men?

Another Fact In The Smiling Frequency 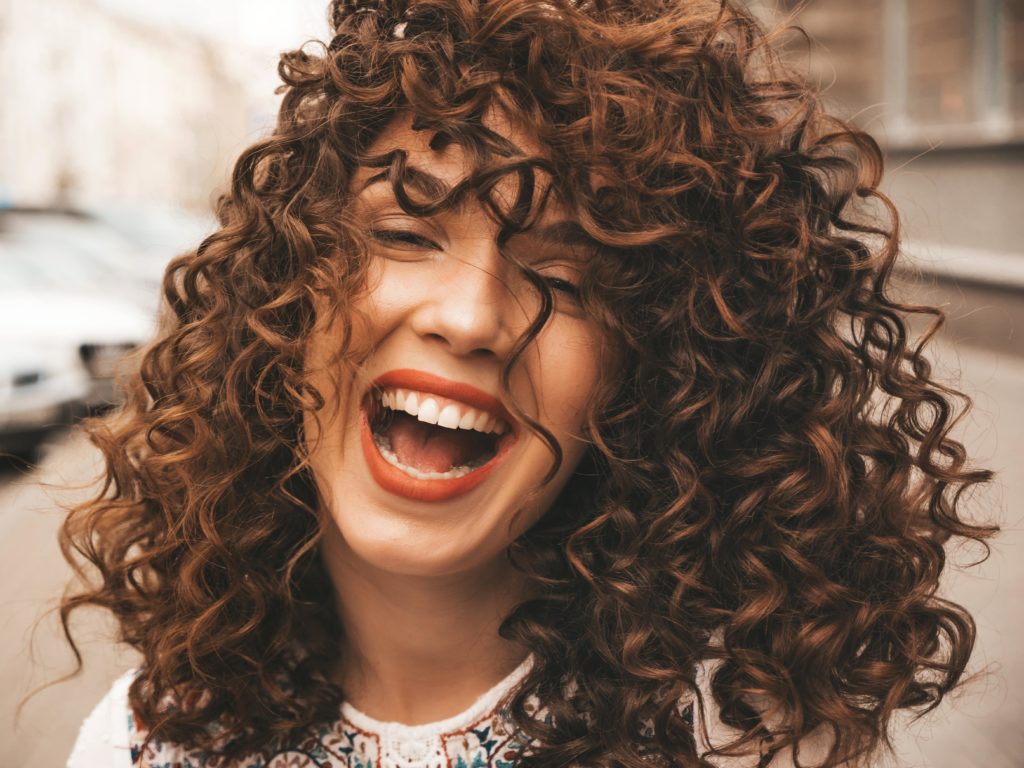 Culture, ethnicity, or age play a significant role in terms of smiling.

However, studies also have found that when occupying similar social roles, the difference between both genders disappears.

The research shows that the difference in both genders’ smile rate is bigger when they are younger, specific in their teenage.

“When being young adults, the sexes are supposed to be maximally different from each other, for procreation or social purposes. After that, it’s not so important.”

That’s why they found out that this rate difference is more significant at the early stages.

LaFrance says that they also found that the difference is modest in adulthood.

Another big difference in the smiling rate occurs when men and women are aware they are being observed.

And they smile more similarly when they think no one’s looking.

“The logic here is when people know their behavior is being monitored, they more closely adhere to the norms for appropriate behavior for their gender,” LaFrance said. “People are at their gendered best when people are looking.”

Researchers say men and women also smile about the same amount when they are in the same position in power, occupation, or social role.

However, women appear to smile more when there is tension in the air; this is their way of diffusing it. “Women do what we call ’emotion work’ and one of the best ways to do this is to smile to soothe hurt feelings, to restore harmony,” LaFrance said.

As we have seen already, a smile is more than a way to express yourself, it is also a tool, a smile will not always mean happiness. But might be helpful to create harmony, build trust, or even hide your true feelings.

Of 19 different types of smiles, only six occur when we’re having a good time.

So let’s review some different types of existing smiles:

‘It means Pleasure and giddy happiness.

The smile is long and intense; it involves the contraction of just two muscles.

This smile it’s believed by scientists to be adopted from our closest cousins: bonobo chimpanzees.

“When being afraid they’ll expose their teeth and draw their lips back so that their gums are exposed,” says Zanna Clay, a primatologist at the University of Birmingham.

We can see similar behavior in babies; a broad grin can either mean they’re happy or distressed, and studies have shown that men tend to smile more around those considered to be higher status.

Smiling does not always come when we’re happy.

“The ‘miserable smile’ is a stoical grin-and-bear-it expression – a slight, asymmetric smile with an expression of deep sadness pasted over the top,” researchers say.

This smile has become a socially acceptable way of showing that you’re sad or in pain.

But it’s a little bit more complicated than that.

The dampened smile attempts to control an automatic, happy one and exists because some muscles, such as the ones controlling.

The mouth is more comfortable with suppressing than others.

“The cheeks will be raised, but we pull the corners of the mouth downwards or press the lips together, like “I shouldn’t be smiling,”‘ says Zara Ambadar, a cognitive psychologist at the University of Pittsburgh.

The urge to smile may be universal, but when it’s acceptable to – and how it is interpreted – depends on cultural rules.

The embarrassing smile’ is easily distinguished by the flushed cheeks, and moving the head downwards and slightly to the left.

The most irritating of all the smiles, since it often traps the recipient into smiling back.

It characterizes by raising the lower lip slightly and is occasionally accompanied by a slightly downwards and sideways tilt of the head.

The ‘contempt smile’ indicates a mixture of disgust and resentment with the corners of the lips, which tightened.

This blended expression is just one of several smiles with a similar formula: enjoyable-contempt, enjoyable-fear, and enjoyable-sadness.

It expresses a ‘malicious joy.’

Most of us have a lot of practice. Since smiles tend to accompany greetings, we’re used to politely lying about our true feelings – saying we’re fine, even when we’re not – with these expressions fixed on our faces.

It is often identified as the Mona Lisa smile.

This smile consists of risking a sideways glance and an ’embarrassed’ smile before quickly looking away again.

Smile as you mean it

As we can see now, there are many factors to consider: women smile more often than men.

And this does not mean that women are happier than men; it could mean all the contrary because, in all 19 forms of smiling, only six are related to joyful feelings.

We can determine that women are more expressive in all their general feelings; this is due to their emotional nature and their culture and context.

These are the same causes why men don’t smile more often; let’s remember that still in modern days, there’s a taboo about men showing their emotions.

We conclude that modern men should copy women in this matter and start expressing their emotions more; this is something current society should encourage. Maybe, it is another reason why women smile more often.

Let’s Review the Benefits of Smiling

Here are some reasons why smiling is right for you:

So if Smiling is so Good for People, Why Not Smiling?

According to some studies:

At our office, we can help you become more comfortable with smiling so it can come more naturally.

You’ll get those feel-good benefits without even trying.

It’s essential to keep your smile in shape. Trust Dental Care can help you. 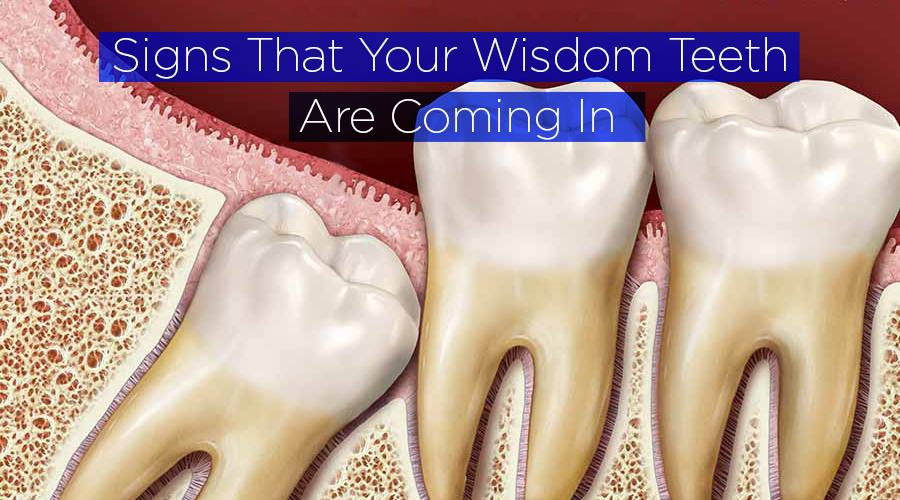 Signs That Your Wisdom Teeth Are Coming In

Should I Brush my Dog’s teeth? How to Brush your Dog’s Teeth?