An adult human has 32 teeth, teeth names & numbers, which are given based on their set, arch, class, type, and side. Children have 20 primary teeth and start to grow their first actual teeth by age 6.

There are two sets of teeth in human beings; the first are named primary or baby teeth and permanent or adult teeth. The collection of teeth that replaces primary teeth are called succedaneous or permanent dentition.

Current recommendations are to see a dentist as soon as the child turns a year old. A dentist can better explain teeth names and numbers so you can identify them. It is essential to see a dentist if your child does not start to get teeth within the year.

The first visit will get your child familiar with the dentist. Healthy development is vital to the appropriate development of the child’s nutrition and speech.

Teaching them helps develop lifelong oral health habits that will apply to adult teeth. For most parents, by the age of 7, the child will start to lose their baby teeth. They are making space for the child’s front teeth to come in.

There are four classes of teeth: incisors, canines, premolars, and wisdom teeth. 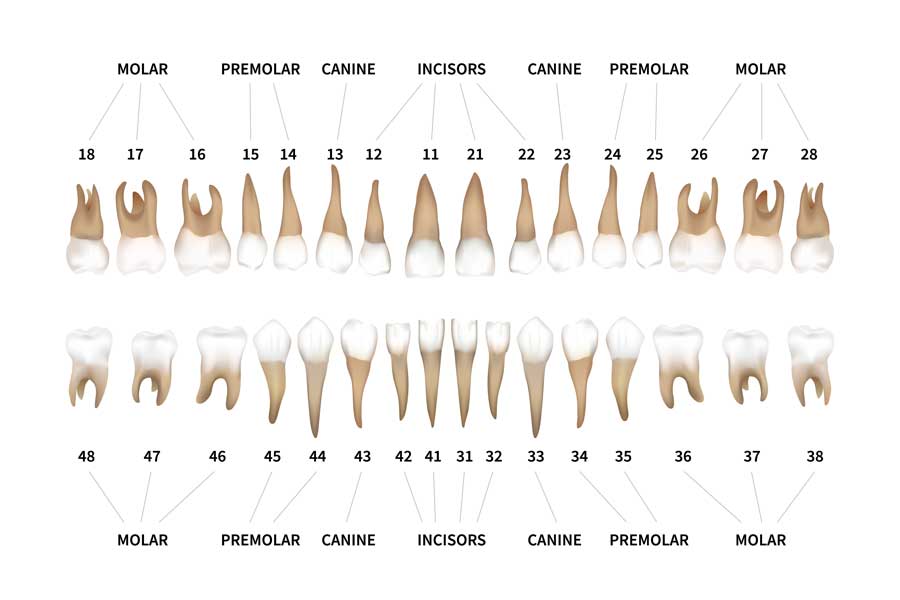 The upper teeth names and numbers of the adult are as followed.

Each tooth serves a unique function :

Teeth name position in the mouth makes it easier for the dentists to identify them for treatment. 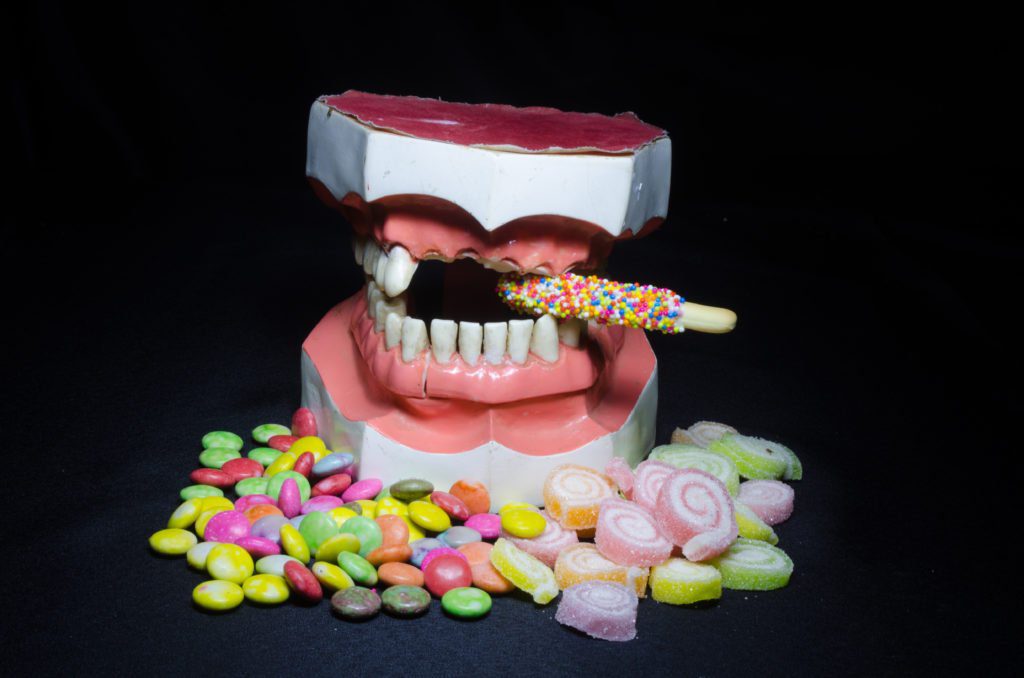 The teeth are held within the jaw bones and serve several vital functions beyond permitting you to chew.

Your teeth allow you to speak clearly and accurately and contribute to your facial appearance and shape.

The gingiva is the general tissue in the mouth called the gums that cover the bone-gripping the teeth in location. The gingival surrounds the teeth and grips the jaw bone, making a security barrier.

Teeth names in human mouth are given according to their anatomic shape or letter or number.

Their names should be recognized fully to avoid confusion and to facilitate quality dental care (for example, right mandibular second molar). Given that there are four-second molars, naming the quadrant (right mandibular), which specifies the second molar, makes it easy to recognize.

The human teeth are arranged symmetrically in the mouth, and it is possible to know teeth names and teeth numbers.

Dentists have designated each tooth name with hence, teeth names in English. Cuspids are synonymous with canines, while bicuspids are also known as premolars.

The teeth in the front of the mouth, such as incisors, lateral incisors, and canines, are called anterior teeth.

Posterior teeth comprise of teeth located in the back of the mouth, and they are known as premolars and molars. The mandibular is the name given to the teeth in the lower jaw, while the maxillary is the group name of the teeth in the upper jaw.

Teeth names and position in the mouth makes it easier for the dentists to identify them for treatment. The shapes of the teeth help in positioning them.

Teeth are given names by the positions they occupy in the mouth. Each of these teeth numbers is either positioned in the lower jaw or upper jaw.

Those who are in the lower jaw are known as mandibular, and those in the upper jaw are identified as maxillary.

The maxillary and mandibular canines are positioned three teeth from the midline, and they separate the premolar from the incisors.

Teeth Names and Their Functions

Human teeth names are associated with their functions. The teeth are categorized into four; they have a typical appearance and perform specific options.

They perform these functions according to their shapes and morphology.

Human species are omnivorous because they eat both plants and meat. This particular characteristic demands two specific types of teeth, namely, incisors also referred to as cutting teeth, are used to cut foods into smaller pieces to facilitate inward movement into the mouth.

Of this type are also canines which are also known as eye teeth or cuspids, they have sharp and pointed edges which are used for chewing and grinding, they can even pierce and rip at the side of the cusps.

The most important function is that they start grinding the foods before transferring them to the molars for final grinding and swallowing.

The work of the dentist is made simpler because of the teeth names which are associated with their functions.

The area of the tooth nearest to the tongue is referred to as the lingual surface.

There are different kinds of actual teeth, each of which performs a unique function:

5 Facts About Teeth Names and Numbers

Before your next go to the dentist, it is vital to know the makeup of your teeth. The primary function of human teeth is to support digest food by breaking it down and chewing it.

Teeth are also vital for ensuring actual speech, and they can be indicators of health issues elsewhere in the body. According to the American Dental Association, each tooth has several parts: enamel, dentin, cementum, and pulp.

The list of teeth names, their functions, and their development are as follows:

Then the actual molars come in, first at about six years old, and the second molars rise in children between 11 and 12 years old.

Then the actual molars come in, first at approximately six years old, and the second molars rise in children between 11 and 12 years old.

The 5th type of tooth is the 3rd molar also referred to as wisdom tooth.

People grow 3rd molars at approximately age 18 or 25 if they grow them at all.

Many people have them removed if they cause overcrowding or pain in the mouth. In case you need a tooth extracted, consult a dentist.

It is paramount to keep your teeth clean with fluoride toothpaste at least two times a day. It is especially vital to clean before you go to bed.

The top way to brush is to move in small circles, go around until you have covered every side of every tooth.

You should clean the space between teeth by flossing once a day. It removes plaque and food that get stuck between them.

To maintain optimal health, you need to see your, dentist, every six months to prevent long-term diseases. We hope you learned about teeth numbers and teeth names.

Itchy Roof of Mouth: Causes & How to Make It Stop

The 2 Types of Dental Cleanings You Need to Know About

How Restorative Dentistry Can Help Regain Your Smile