How Long After Wisdom Teeth Removal can I Smoke?

Oh teeth, dinosaur teeth, can you picture them?

In your family, everyone is a bit different from each other, some may look very similar to you, and others might come to you as a bit of a shock.

But, who would be the closest relative to our good old friends, the giant reptiles that lived on our planet way before us: dinosaurs.

What can still be roaming around stomping on everything it sees, stabbing everything that moves, who could it possibly be?

Well, everyone has eaten it before with a load of ketchup. Anything come up to know?

It has feathers all over and wakes everyone up in the morning.

The good old Kentucky umm, we meant the chicken and roosters.

Analyzed by many scientists, they concluded that chickens are the closest relatives to the dinosaurs. Did you know that?

Dinosaurs were a large group of minuscule and massive reptiles that roamed the earth millions of years ago.

Way before cave dwellers, way before Wi-Fi, way before that story your grandpa tells you every time he visits.

Many of them are now sadly extinct.

But life finds ways to remind us of how history has changed over the years, and how it still keeps up with us till this day.

They just evolve and adapt to a society in which we think we have control over. Oh, Mother Nature, you sure do know how to trick everyone with those cards up your sleeve.

We made a compilation of things that you may no know about these colossal monsters that once stepped on our planet. Want to learn about what we found?

Dinosaur Teeth: Let’s Start with Something we are Very Interested in! 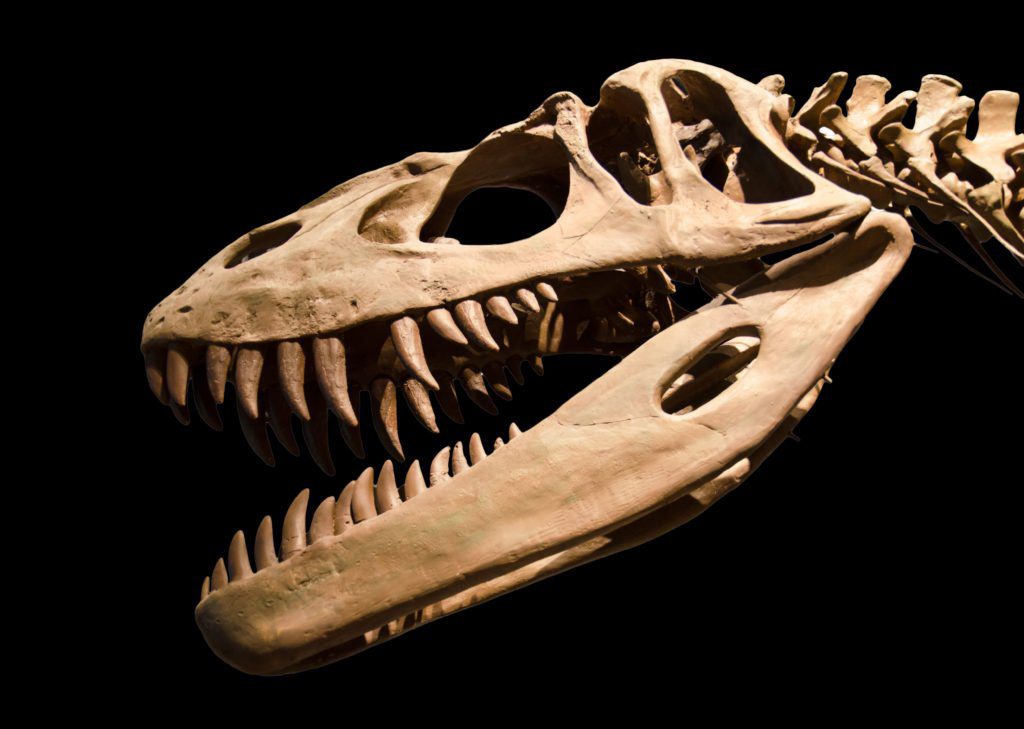 Paleontologists (fancy word for a person that studies dinosaur’s bones) study remains found in the ground that could trace back thousands or even millions of years ago.

They can learn a lot just by examining a teeny tiny piece of something that belongs to dinosaurs, such as bones and teeth.

Some range from the size of just a few centimeters to the size of twelve inches. Dinosaurs teeth served specific tasks for distinct dinosaurs such as:

Dinosaurs used their teeth for different purposes, just like us or other animals, such as:

Over some time, specific aspects of fossils can provide us clues about dinosaur’s teeth and life and even human evolution.

Thanks to years of research, we have come to find new things every day. Scientists consider these fossils such as:

These are clues of what life was like in the past.

Fun Facts and Things you Probably Didn’t Know About Dinosaurs

Environment: Where and How did Dinosaurs Live?

After trillions of years, time moves on forward. Planet earth reached a point in which bacteria developed, evolved, grew, and obtained results.

Dinosaurs lived in a world in which a person nowadays would consider the end of the world.

Animals were bigger, broader than life insects flew in the air full of prosperous oxygen, and mammals smaller in comparison but, full of heart. Believe us?

Mammals did, hide from the much bigger reptiles roaming around. But, scientists, specifically, paleontologists, found dinosaur fossils inside smaller mammals, it sounds impressive at first, but when an individual takes a pause and thinks about that for a second.

That meant that small mammals would have to take baby dinosaurs from their mothers, which technically it truly is as terrifying as it sounds, more like a horror story every time our great, great, great, ancestors wanted to eat.

Many dinosaurs, as we mentioned before, developed distinct features, for example:

All of these features put together formed an unstoppable and quiet fierce reptile no human would even think to mess with certain dinosaurs created in different environments which we refer to as various periods which are the following:

The Mesozoic period is considered the age of the dinosaurs; some may even believe it the Golden age of dinosaurs. It was an era which consisted of all pieces of land that exist now, put together to form what is called Pangea.

Its formation consisted of as mentioned before; all pieces of land held together that form a massive part of an area surrounded by a large body of water that, in other words, held all forms of life together.

During the cretaceous period, Pangea suffered a catastrophic event that separated the once considered supercontinent.

Once called Gondwana into various parts of land (smaller continents ) that are now Africa, South America, India, Antarctica, and last but not least, Australia. 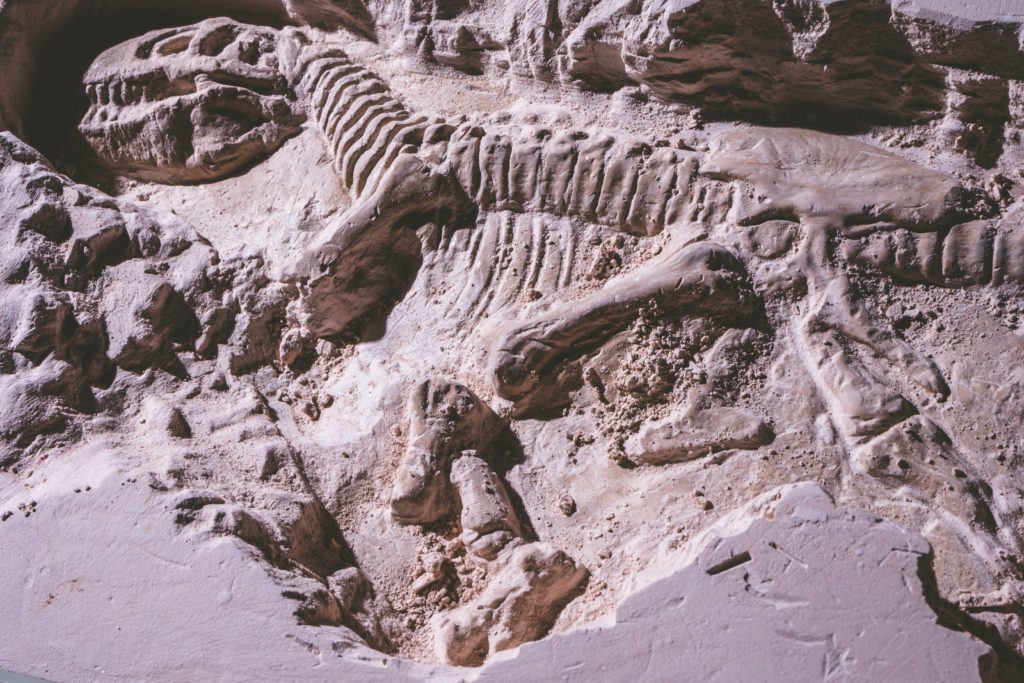 Most dinosaurs had unbelievable features that would help them survive in the crazy world of lethal predators.

Some evolved and developed outstanding amounts of teeth that would help them tear through meat and shred the competition to bits.

Others developed a more bragging rights approach to the situation and took advantage of its features, mostly known as the ankle breaker, utilizing its tail as a club, quite a formidable peculiarity for a herbivore.

Some would develop shields like armor all over their bodies to scare off any roaming predators been lurking around.

It was an all or nothing situation; a will to survive, some may say.

Determination and persistence were crucial for survival.

They were ready to defend themselves from the savage environment!

Some would fly at high altitudes to distance them from any danger that could creep up on them, creating wingspans that are comparable to modern-day jets or airplanes, and others would just watch from afar or lurk around amid the night.

Some would fly, others would slither, and some just lurked beneath their scaly counterparts feet, avoiding any potential danger that could harm them.

First things first, what in the world defines a dinosaur? Is it its ferocious teeth or its massive size? Sure, but its definition, its name dinosaur, can be somewhat misleading.

Their division exists in two groups, the saurischian and ornithischian groups-the first one involving beaked like creatures, and the second involved lizards with large hips.

Infamously what we now consider birds.

Modern-day animals like birds obtained most features from prehistoric dinosaurs, but also reptiles and lizards like crocodiles, turtles, and even snakes.

All of these present-day creatures roam our land just like dinosaurs did in the past, but only a tad differently. In a way, they mirror their movements in their environments.

Each with their characteristics. It merely matters how big, or small, how weak or strong an organism may be. If life has taught us anything, it is that every species survives to work together as a group.

Flocks of birds hunt down fish, packs of wolves hunt in agonizing marathons, killer whales ambush groups of fish, and strike when they least expect it.

Cells in our body, work as a unit to eliminate any unwanted virus that may want to harm us. Human evolution is quite recent and in no way as long as our scaly counterparts.

We are just scratching the surface with our lizard friends and in no way forgetting their remains and not taking in the consideration that they once roamed the earth just like us.

Forgetting what they left for us to view is snatching it from the history books and not including their contribution. For starters, they mess up the ecosystem like us, so-called gifted intellectual beings.

They simply maintained order in a world where there were no such things as rules. For all we know, we might end up being fossils ourselves. 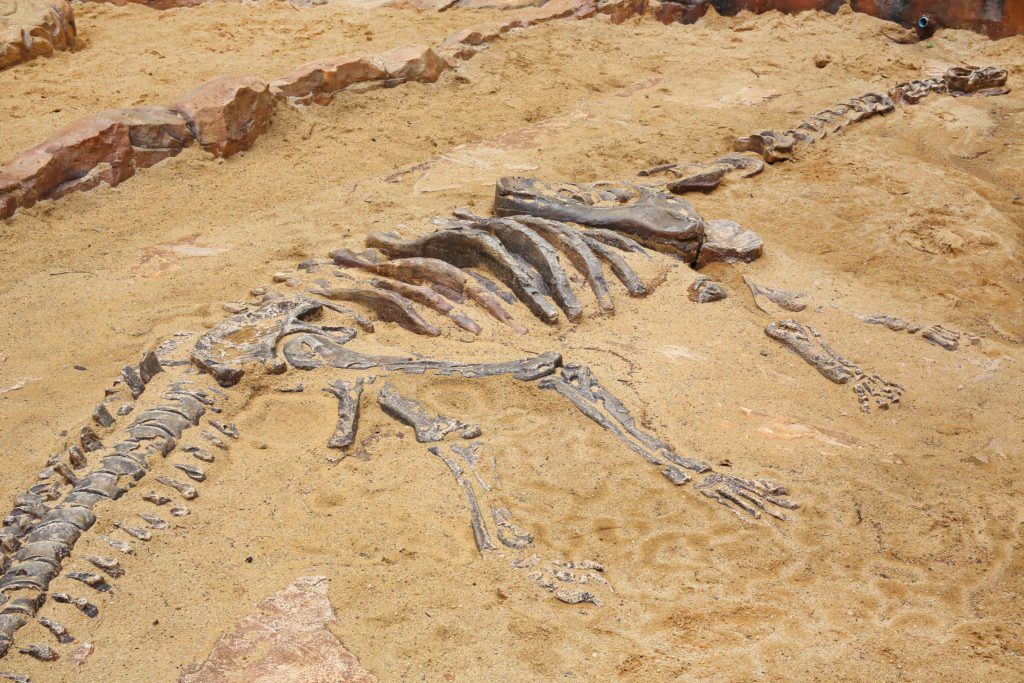 The question remains, could dinosaurs someday return to take over the land that was once theirs?

Research indicates that there only possibility but an opportunity for them to return if the chance presented itself.

Scientists, paleontologists, researchers, etc. have made their thoughts public.

They made their comments very clear, that if a major catastrophe were ever to eliminate or endanger the human race.

Reptiles could, in some way, potentially evolve and transform our environment into a very Mesozoic era type planet.

Can you imagine those dinosaur teeth among us again?

The event could occur if a drastic climate change were to happen or if some form of geological evolution were to occur to a degree in which cold-blooded creatures could flourish.

Life evolves and continually changes to a degree where it mirrors the advancements technology has daily. Natural selection forms divide and eliminate any unwanted organism.

Scientists worry that it may end up being sooner rather than later.

It is not a question of if they could return, but rather when.

We could end up with a problem in our hands.

But instead of worrying about what can happen, some may take into concern about the condition of our planet.

How can there be world hunger on one side of the world and people dying of obesity on the other?

Factories are rushing to take up more land to create more products that, in many ways, affect our planet.

Utilizing our resources and joining together to form a Pangea of our own that could be governed by everyone.

But all of us, opting for a better solution, to not repeat past dilemmas and solving problems to create a better and brighter future for the generations that will follow after us.

Itchy Roof of Mouth: Causes & How to Make It Stop

7 Myths of Dental Floss You Should Stop Believing

The 2 Types of Dental Cleanings You Need to Know About