This Is How Artificial Intelligence Is Changing Dentistry Forever

How To Remove Plaque and Tartar From Your Teeth?

What is Bruxism? Read How Bruxism Can Affect Your Health In the Long Term

We all have habits that either positively or negatively affect our well-being, but what is bruxism? Bruxism is a common habit that many dental surgeons categorize as an overall bad habit. A person can be completely unaware of this tendency even while doing it.

There is no other way of saying it, grinding your teeth does not provide any beneficial outcome besides deteriorating your teeth and potentially damaging your jaw structure. Many common as well as uncommon factoids, cause this bad habit.

Bruxism occurs typically when you grind your teeth without having anything in your mouth to chew. The individual’s teeth press together and begin to rub and grind as it causes the individual a subtle moment of satisfaction like chewing your nails or smoking without noticing. During bruxism, the person’s jaw forcefully moves from either direction. It can be from front to back or side to side.

In most cases, dental surgeons describe this habit as a dangerous tendency that creates long term effects of oral issues. Individuals that develop this irregular pattern also clench their teeth together that in most likelihood, will develop risky irregularities in the person’s mouth or jawline.

Most patients describe bruxism as a means of avoiding moments of stress, anger, anxiety, and etcetera. But do not allow this condition to fool you as it is not a normal or in any way healthy habit for your overall health and does not offer any beneficial effects.

Bruxism is not related to behavior that of ordinary acts like speaking or eating. Developing this habit begins in numerous ways, but that must be avoided at all costs. Reports have stated that less than one-third of America’s population develop tendencies similar to those of pressing or crunching their teeth together in an irregular manner during stressful moments.

What Are Bruxism General Causes?

Dental surgeons across the world, as well as researchers, have tried to find the truth about what causes bruxism, but it remains unclear to this day. Numerous factors could be involved before, during, and after this condition takes place. Some have claimed this habit to be a soothing act as it represents a quote on quote moments of relaxation.

This condition is visible in children that have developed their first set of teeth. Adults claim that bruxism starts once the very first teeth appear in their child’s mouth, which is when the grinding of the teeth usually commences.

This can also be visible over the second set of teeth, which is the permanent teeth that have no replacement. The last emerging teeth are at stake of being at higher risk of sustaining damage from well-developed teeth. The majority of the American population claim that bruxism comes to a halt when the adult teeth have fully developed.

Teeth clenching can also present a potential factor for bruxism as clenching is when an individual places a certain amount of pressure over each teeth and squeezes their muscles.

These would include the following:

But remember that clenching does not require the individual to move their jaw in any direction whatsoever.

Causes of bruxism can be presented in the following states of emotion:

Other forms of early symptoms of this condition can be traced to constant activity in the human brain. Detailed research information obtained by dental surgeons of various fields of dentistry has found that depending on the person’s heart rate can indeed be a sign of an episode of this condition before it even occurs.

This offers details never thought of before that can directly impact how bruxism was supposed to be formulated in a person. This suggests that our central nervous system does indeed play a crucial role in this condition. Other studies show that bruxism can develop from having an abnormal bite.

An abnormal bite is made of teeth that are not in their correct position or are aligned differently those of which present a risk of requiring dental operations when the individual’s jaw does not close properly. Dental surgeons see this anomaly as an occlusal discrepancy, which is when the sets of teeth both top and bottom don’t close together.

The AAOM (American Academy of Oral Medicine) has publicly noted that this has not been proven and requires further investigation. Some people develop sleep habits, which occur when they involuntarily move muscles while they sleep, called muscle spasms.

The Bruxism Effects On Your Body

As dental specialists everywhere try to understand this condition’s causes, the effects on individuals who suffer from this problem are much more apparent. The simple act of clenching and grinding your teeth is already bad as it deteriorates your teeth, but what really occurs during episodes of bruxism?

Not only are muscles involved, but facial tissue as well. That, in the end, affects your overall jaw structure.

This can lead to much more apparent results, including:

The worst-case scenario is that the joints located in the person’s jaw will suddenly pop out of place or click abnormally. These joints are also located near the ear canals, which cause earaches. Bruxism related episodes can occur during the day and night. Still, as many studies have shown, bruxism related to sleep disorders poses a crucial threat because it is much harder to control or even treat.

As many may know, bruxism is closely related to the most common sleep patterns and disorders many Americans may experience during sleep, which go hand in hand with the following condition:

What Can I Do to Stop Grinding My Teeth?

A dentist in Tijuana can fit you with a mouth guard to protect your teeth. But first, we need to make a proper diagnosis, so we invite you to book an appointment with us and start a treatment plan to protect your teeth from grinding during your sleep. Stress and different situations can trigger it, but we can help you find a solution by exploring options to reduce stress or some other alternatives. Call us today. 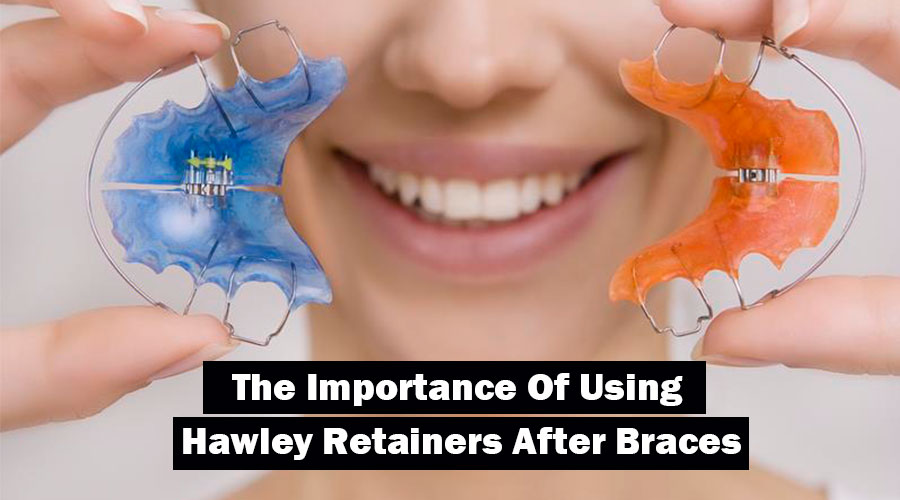 The Importance Of Using Hawley Retainers After Braces

Eco-Friendly Dental Alternatives For You to Help The Environment

Don’t Worry, Visiting Your Dentist In Tijuana Is Still As Safe As Ever