Cotton candy a great fun-filled treat with a stunning past and cultural popularity.

That continues to this day and will surely continue for years to come.

It resembles the form and shape that cotton (the fluffy yet soft fiber that grows on plants) has.

Everyone enjoys a sweet treat during the day or night.

They rely on satisfying their craving for candy with a chocolate bar, gummies, etc.

Everything today is created artificially, and that worries many people.

Many big names of the candy industry rely on using natural ingredients.

But what candy can be considered safe to eat, healthy, or even beneficial. 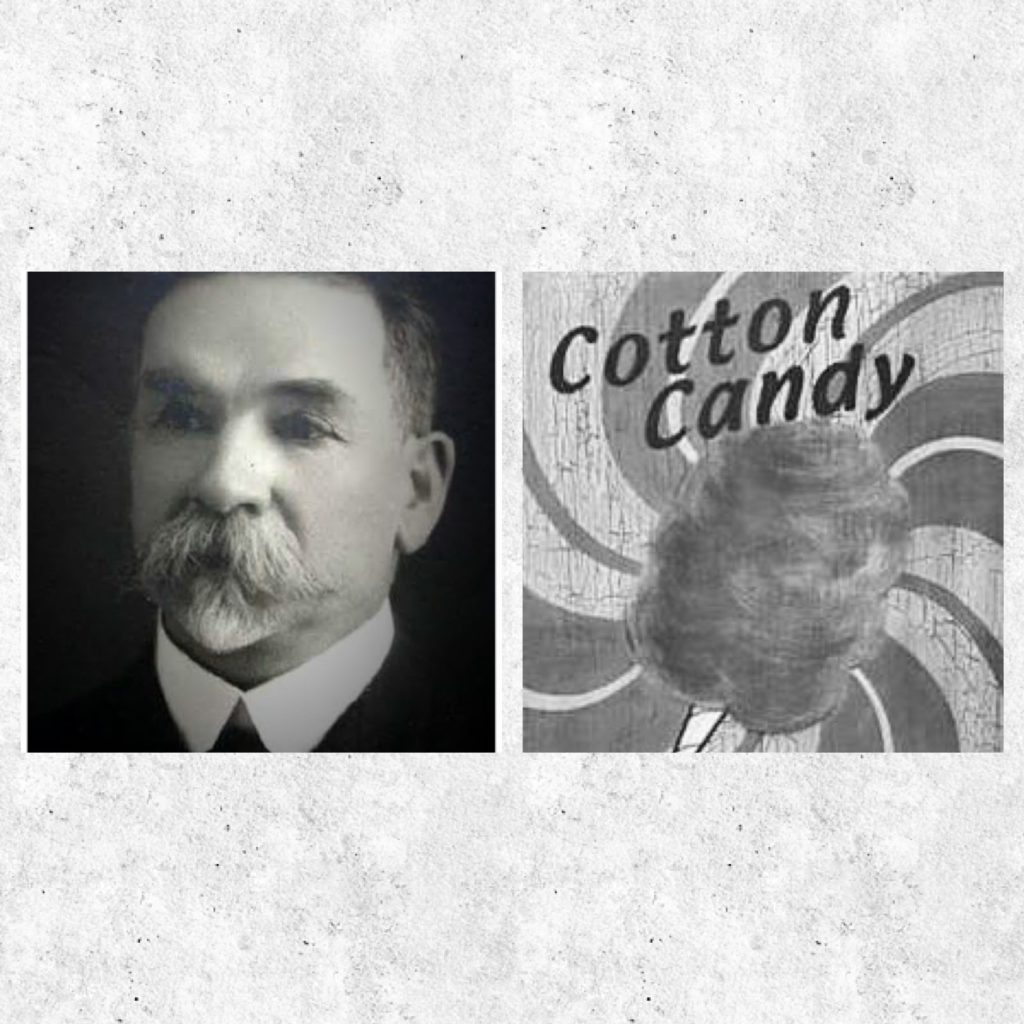 It may come as a surprise but, you’re local dentists all your life has told you to stay away from sugary beverages, treats, foods, etc.

Dentists are great at keeping our shiny pearls sparkly clean.

They offer us tips to maintain an overall healthy oral lifestyle and instructions to proper hygienic measures.

Overall, dental surgeons give us great advice about staying away from sugar.

Everyone knows that sugar isn’t healthy when having overflowing amounts of it, especially for your teeth.

But, a man by the name of William Morrison, a dedicated dentist born in the year 1860 in Nashville, Tennessee, a self-proclaimed inventor with numerous inventions under his belt.

Morrison was also a well-known lawyer, civic leader, and author of various books.

It is his later years, he became president of TSDA (Tennessee State Dental Association).

Originally named fairy floss, cotton candy was invented by Morrison in 1897, next to his partner confectioner John C. Wharton.

They invented the electric machine that melted and caramelized sugar and utilized pressurized air to move the sugary creation through a metal screen.

This machine was first introduced to the public in the year 1904 during the St. Louis World Fair.

Generally accepted and was a massive success among candy lovers, young and old.

During this presentation, a man by the name of Thomas Patton accompanied by his friend Josef Delarose Lascaux.

They claim to have invented the cotton candy machine years ago, which later proof shows as a false claim. 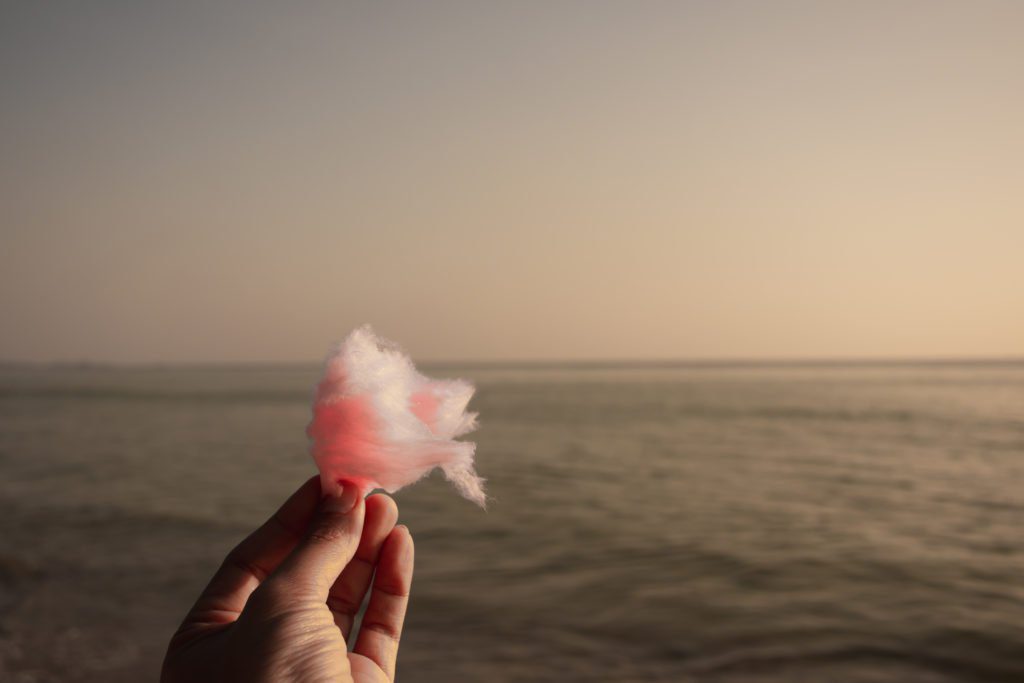 This sugar shack has been traced back to the 19th century; others say it originated as soon as the 15th century.

These forms of cotton candy were early versions of the treat but were not yet the popular snack we know of today.

Many places have tried claiming the so-called exact origin of the fluffy treat.

In the late 19th century, Europe tried claiming it but failed to present the candy in its true form.

Other places like India, Australia, South Africa, New Zealand, Egypt, and even Ireland have all tried to claim their supposed invention.

But America stands tall on this one.

Small portions of distinctive food coloring and flavoring to create this colorful cloud of goodness we so dearly crave.

William Morrison appropriately called it Fairy Floss to justify the fact that he was a dentist.

People may know of dentists considering candy their arch-nemesis as a way of promoting oral health.

But, who can resist the softness confections delight that is cotton candy?

During the St. Louis fair, Morrison and Wharton took their creation and named it fairy floss for the world to know that finally, the clash between sugary sweets and dental surgeons could be taken to rest.

They decided to offer it each box for the minimal amount of 25 cents, which back in the day was a bit pricey, but the citizens were willing to pay.

Even though a single box of fairy floss was the exact price of a ticket for that same fair, surprisingly, they were able to sell an abundant amount of 68,000 boxes in just one day.

Talk about a long day at the job.

The very first cotton candy machines were truly unreliable because of faulty parts that turned it into a living nightmare.

They would generally produce soft mixtures of the treat but make too much noise when creating it.

Many of them broke down in the process of initiating the machine, but the result was always worthwhile.

After trying time and time again in the year of 1949, a company went by the name of Gold Medal Products from the great city of Cincinnati, Ohio.

First introduced a spring base conjunction machine that helps develop the modern-day machine.

The process to begin cotton candy starts in the machine.

Sugar is crafted, heated, and finally melted until it turns into a thick liquid that resembles the form and shape of honey.

For the creation of cotton candy, no other ingredient is not apparent.

The liquid moves into circular holes that give it a form and cool off the liquid to begin the hardening of the sugary substance into a cone.

Then the liquid as Mother Nature decides it to form it back into a solid.

The person managing the machine then proceeds to rub a paper cone into the motor to collect millions of minuscule crystallized threads of sugary goodness.

The size of the cotton candy foam can be whatever size the client desires.

It is ranging from small clouds to humongous puffs of cotton candy, ready to be eaten once pulled out of the machine.

It’s colorful, chocolaty all over, and as its slogan says, it melts in your mouth, not your hand–Eminem’s.

You might’ve been left with uncertainty to answer the million-dollar question, how does it get those natural-looking colors you and I think we know?

Firsts of all, sugar is naturally white.

The colorful variations of this candy come from food coloring that varies one from to the other, to obtain that signature blue or soft pink.

Cotton candy may sound like a dentist’s worst nightmare, but people tend to overlook a lot of things.

Such as dentists, our modern-day dentists, are way more specialized and prepared to take care of any of your dental needs.

No matter how impossible your smile may seem to fix or what phobia you may have of visiting your dentist for your annual check-up.

Dentists have created innovative tech to realize painless procedures and pain-free surgeries thanks to creative yet affordable inventions that help reduce the pain and fear many may have.

All jokes aside, cotton candy is looked upon as an unhealthy treat that can harm a person in a matter of bites.

But, little do they know, it isn’t as bad as you or your friends think it is.

It contains sugar, yes, but it’s mostly air, which dentists and overall doctors, including health specialists, have concluded it actually to be considered a healthy yet reliable option.

Just for when someone may be yearning a snack or have a sweet tooth for those otherworldly treats like cakes, sodas, gummies, etc.

Cotton candy surprisingly contains amounts of sugar than any other snack on the market.

Cotton candy is viewed as an OK treat to enjoy every once in a while.

But, like everything else, too much of a good thing can become a bad one. Stay safe. Eat right.

Curious facts about this treat

Creating cotton candy may sound like a difficult task, but is relatively simple to make.

Some exciting facts may come as a surprise to you as mentioned before: a dentist invented it so everything else, you can take in.

The next time you visit a fair or some carnival, take a minute from all the rides and exuberating games.

Take a look around for a fluffy, pillow-like treat!

A few chomps of melting in your mouth sugary goodness.

Cotton candy is all you require to finalize your festivities. 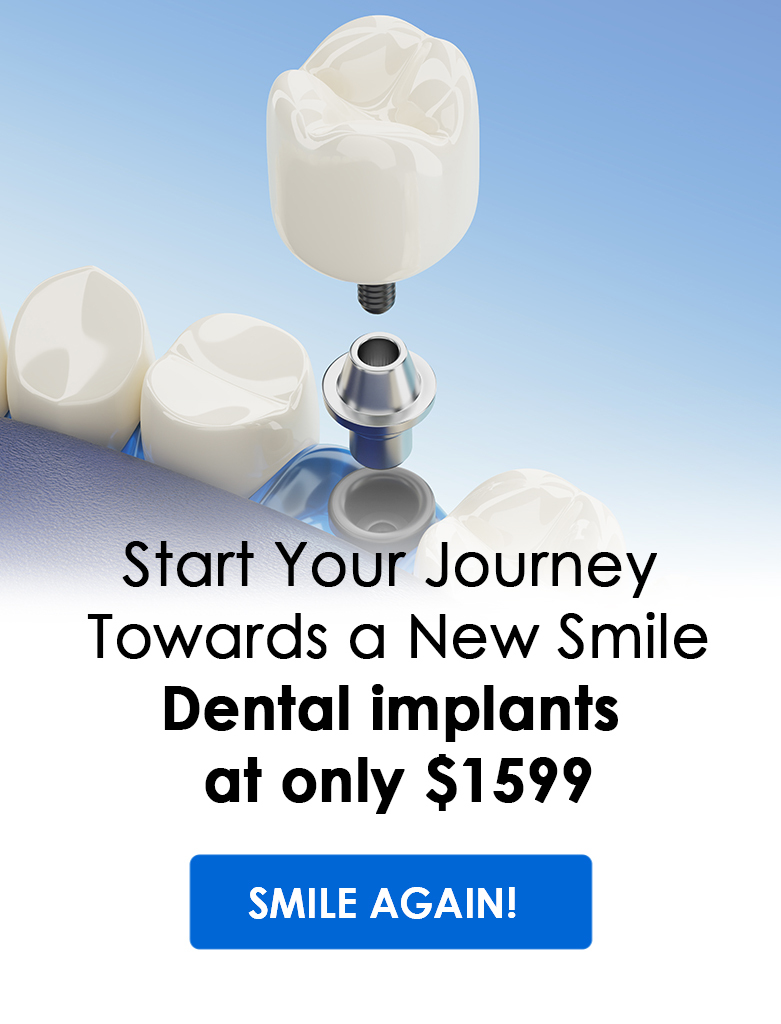 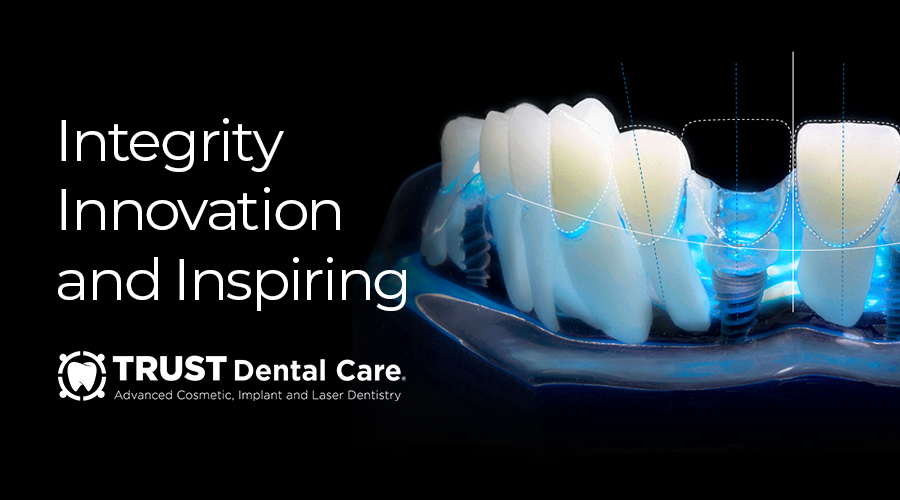 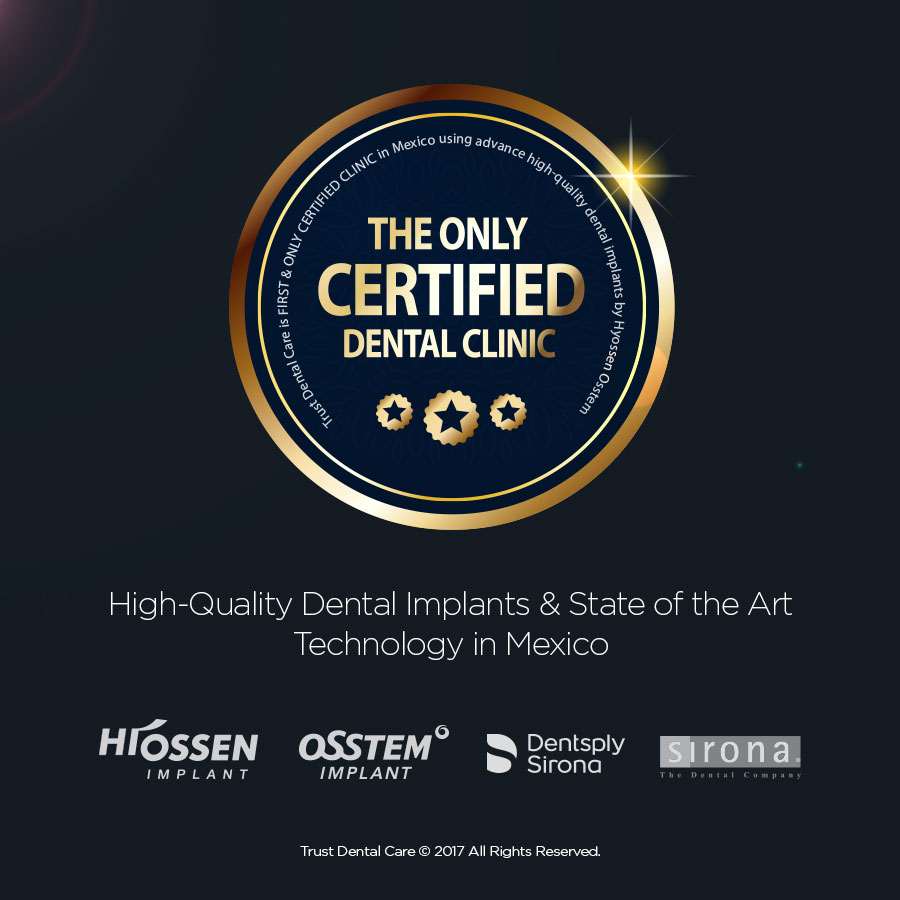 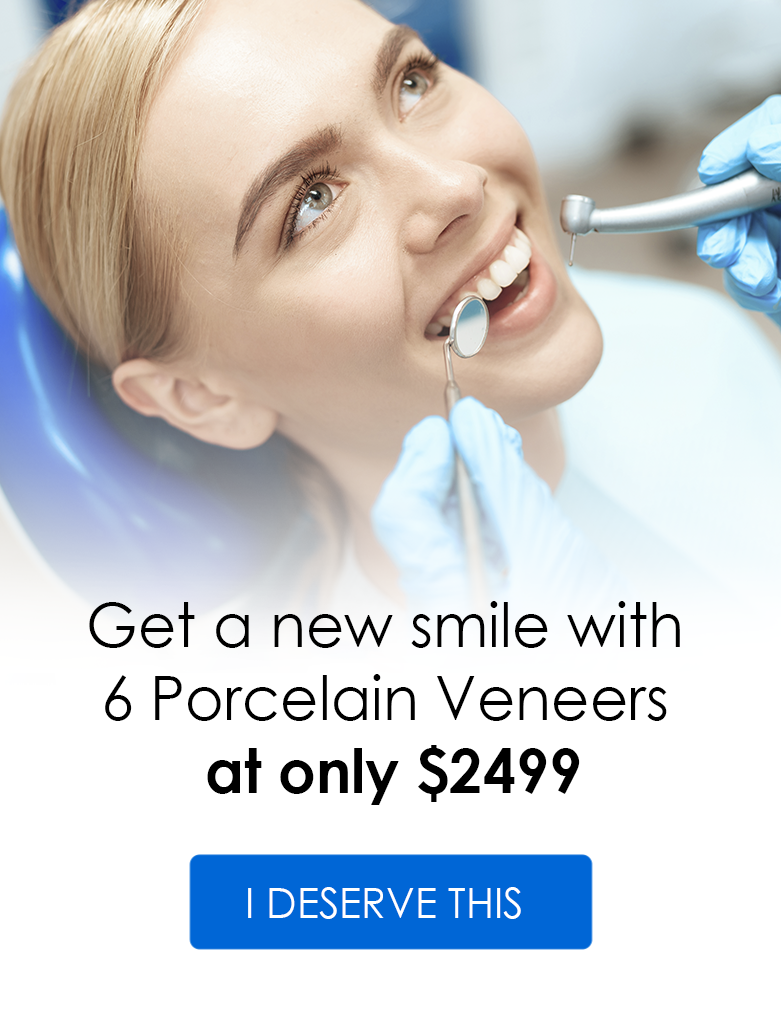